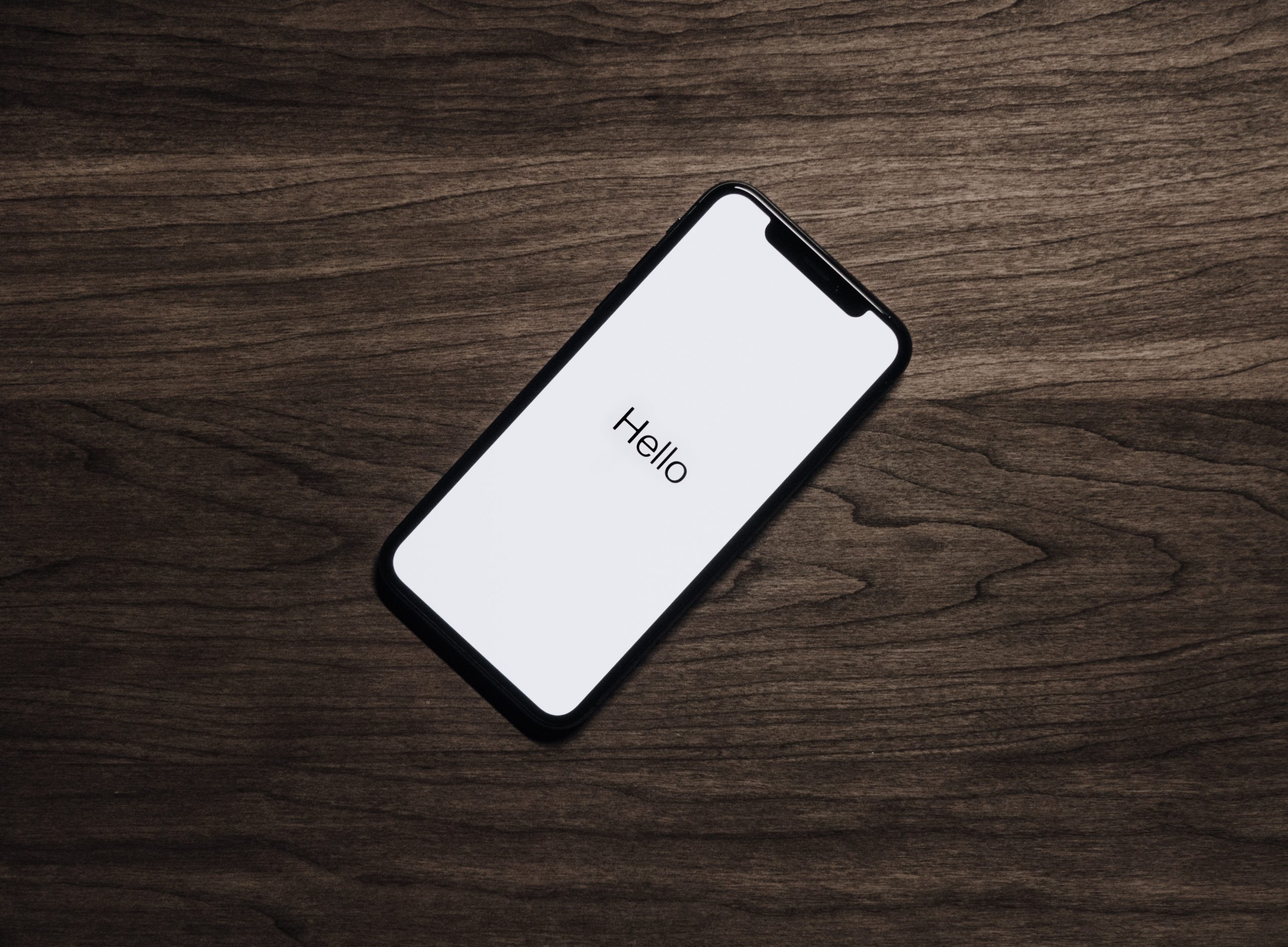 Welcome to the first in the ‘How To write Content’ series from AWE Networking.

A bit about me:

I’ve been a successful marketer for over twenty years, a published author and content writer for fifteen years and I also hold a Masters in creative writing.

Now, that’s enough about me…

This series is designed to help YOU:

A Bit About Apple

Forbes lists Apple – currently worth more than $1.3 trillion – as one of the world’s most valuable brands.  Currently Apple’s gross value exceeds more than 82% of our planets total GDP.

It is fair to say that the Apple brand continues to inspire an ever-growing army of fans, who are only too happy to vocalise their undying loyalty in support of the latest iTec.

Let’s find out What Makes Apple Content so Delicious.

I’ve taken the current sales page for the iPhone 12 and broken it down so you can see what makes it tick (beware, reading this post might inspire you to buy an iPhone12).

From reviewing Apple pages in the past, I was expecting to see a page with a theme, that takes me on an emotional journey, impresses me with science that I don’t fully comprehend and would leave me wanting to buy something that is truly out of this world… I wasn’t disappointed.

Blast past fast – The title really stands out and it’s a lot cleverer than you think:

It is an emotive instruction for you the reader to do something amazing, something potentially out of this world (blast being used more often with ‘blast off’ when associated with a rocket).  Your unconscious mind will be making those connections without you even realising.

It also uses the power of three (yes, the power of three is real). Psychologically you will remember phrases more if they are grouped into three. Not only that, those three sections will have a greater emotional impact. Successful advertising campaigns have been doing it for years:

And not just Advertisers:

The power of three is enhanced when combined with alliteration or assonance. In this case the repetition of the ‘a’ sound makes the title infinitely more memorable:

It’s important to note the first design element here too:

The words ‘iPhone 12’ precede ‘Blast Past Fast’ but they are considerably smaller and less pronounced.  Why do you think that is?

TakeAway – Look to see how you can use the power of three in your Title to inspire your readers to continue to reading, whilst being emotionally charged to digest what comes next. 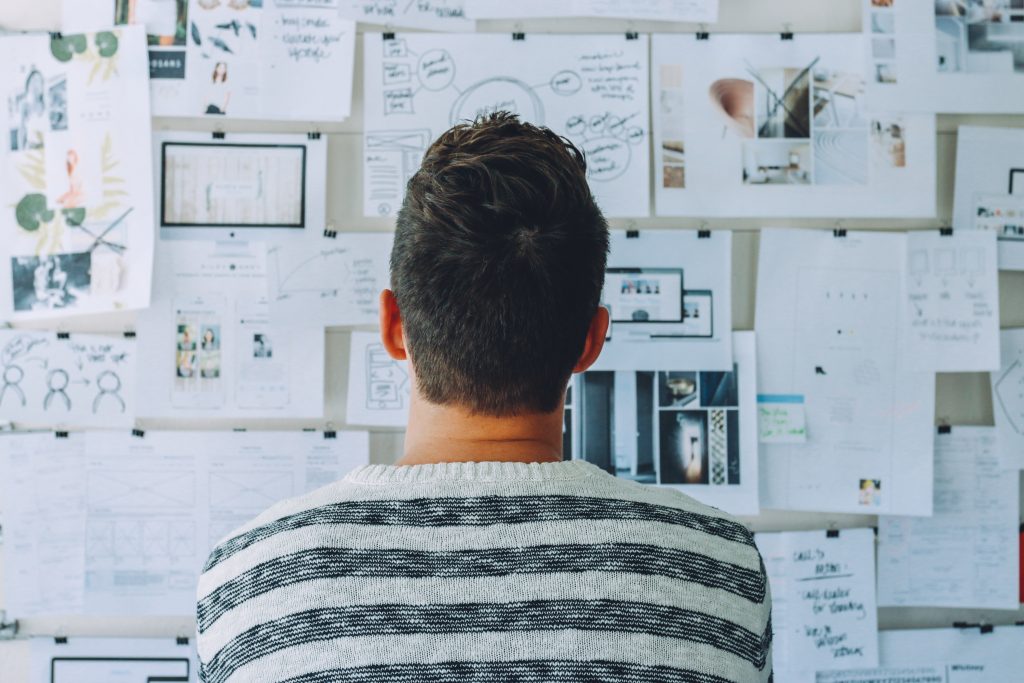 Apple certainly do their research. They know what their customers want and therefore they know exactly what content to add to make an awesome sub heading.

At this point the sub heading works very much like a news article sub heading. You have read the main heading and it has made you curious and emotionally engaged enough to read on. A very short sentence to add emphasis follows:

Few people truly know what 5G really is, but everyone wants it!

Again, psychology at play here – think back to the American election when Trump became President. He said he was going to make America great again. There was no real qualification as to what that actually entailed, but people were attracted to the emotional concept and spelled out their approval in votes.

The next sentence is another statement:

A14 Bionic, the fastest chip in a smartphone.

Readers who are emotionally charged enough at this point may have misread the above sentence to read ‘the fastest chip in any smartphone’ rather than ‘a smartphone.’ By putting ‘in’ next to ‘a’ the emotive part of your brain does the work for you and gives you the sentence that you WANT to read.

I have absolutely no idea what an A14 bionic chip is, but it is becoming the standard for any phone that I want to own in the future. Perhaps it would not have been the case if not for the futuristic word ‘bionic.’

If the sentence had read:

A14, the fastest chip in a smart phone

TakeAway – Don’t baffle your readers with science. If you are going to use words specific to your industry then ONLY use them in a way that will engage your customers (not your colleagues and employees). 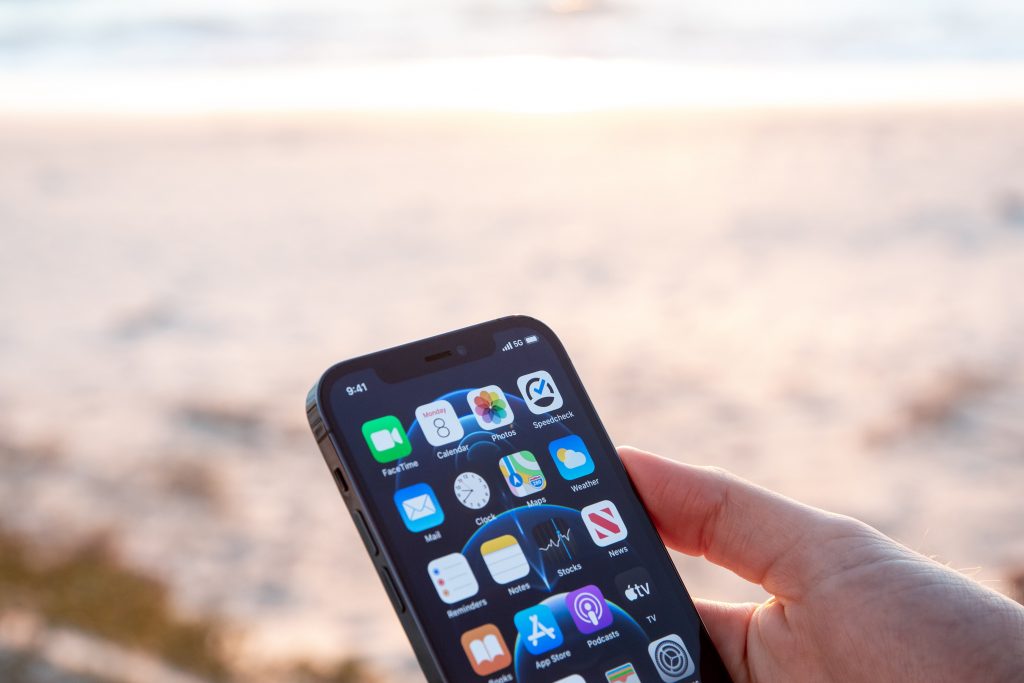 The next sentence is perhaps the only let down for me:

There are only so many phrases I’d like to see in a paragraph that I have absolutely no idea what they are. OLED display is Apple showing off another Tec feature (and wanting to gain Google ranking points) but as far as the customer is concerned they have already done enough of that. I think they could drop ‘An’ and ‘OLED’:

Is far simpler, punchier and to the point. If they wanted to add an emotive descriptor perhaps something like:

The next sentence speaks to me as a parent. I have two children and they both have smart phones and regardless as to the phone case I buy to protect them, my daughter in particular always seems to mistake her phone for a ball. She continually drops it and cracks her screen. Of course she doesn’t mind, because she doesn’t pay for it!

It is important to note that Apple don’t qualify this either. Four times better drop performance than what?

By not qualifying this, your mind will subliminally fill in the gap to read something like:

Four times better drop performance than any other phone on the market.

Rather clever again, as it means if Android come up with a phone that actually did have the best drop performance then they couldn’t challenge Apple, as Apple did not say their drop performance was the best on the market. They enticed the readers to say that for themselves.

Because the readers have said that for themselves, they are more likely to WANT to believe it.

TakeAway – Do your research. Find out who your customers are and what they want. They will be typing phrases into Google that relate to their wants and needs. If your content does not answer that, then they will not find you. 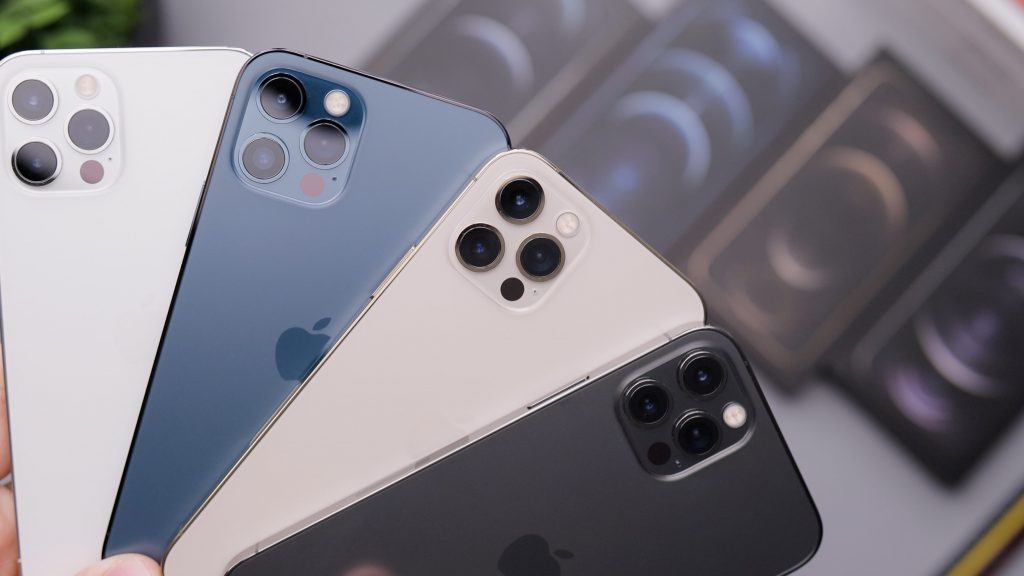 ‘And night mode on every camera’

Using the word ‘And’ at the beginning of the sentence here invites you to fill in the blank:

It has night mode. Many phone cameras do but currently Samsung are ranking higher than Apple on Google for those particular search phrases. So, by Apple placing this phrase in a prominent place they are increasing their chances of outranking their competition in the natural rankings for a highly sought after feature.

I have to smile at the word ‘every’ used here though. When a reader skims through, the word would add to the overall impressiveness of the offering. When one analyses it however, it is a little obvious. They are not likely to say:

‘And night mode on some – but not every – camera. It’s a lottery. Good luck.’

Here we see repetition of the words ‘iPhone 12.’

More on the search engine benefits (SEO) in the follow up blog, but for now…

Apple finish by declaring that the iPhone 12 comes in two ‘perfect sizes.’

We all have our own idea of what perfection is and as Apple has not provided a definition. However, you are left perfectly satisfied – believing the natural synergy between you and them, knowing that as they are a brand that you trust, they will in all likelihood be absolutely correct in what phone perfection should mean to you.

Final TakeAway – Your clients are human beings. As such the first impression they will have of you will be an emotional one.

Make sure they are emotionally engaged (and that you have done your research and know what THEY want) and you are speaking directly to them in a language that captivates them (not Tec speak that captivates your employees).

Neuroscientists have proven that the brain is divided into three distinct areas:

The emotional part is always the one that is the first to respond. This means that your content should speak to them emotionally first. When the logical part of their brain takes over, it will be looking for a reason to justify the emotional buying decision that they have already made.

Oh and also remember – Your content will be the benefits to them and NOT an online C.V. demonstrating your ability to provide a particular service. Nowhere on the Apple page do I see a rundown of the Apple scientists or CEO’s qualifications. That doesn’t interest me. I want to buy a phone, not worship someone!

Join us for the next in the series, where more secret tips and tricks will be revealed to make your content have customers falling over themselves to use your service and inspire Google to rank you at number one.

If you would like to be kept up to date on AWE Business Networking posts, get FREE giveaways and receive a FREE no obligation detailed report of your site content and how to improve your own Google ranking, please fill in the form below: