I touched upon the power of story in our last blog. Today we will dig a little deeper to fully investigate what I believe to be the most important part of branding.

It is your Brand STORY (Or narrative) that will ultimately set you apart from your competition.

Think about your competition now.

Consider all those companies who:

Write them down. We’ll come back to it later. But for now, let’s consider the story of some of the brands out there who have stood the test of time.

Consider all those companies who:

Write them down. We’ll come back to it later. But for now, let’s consider the story of some of the brands out there who have stood the test of time. 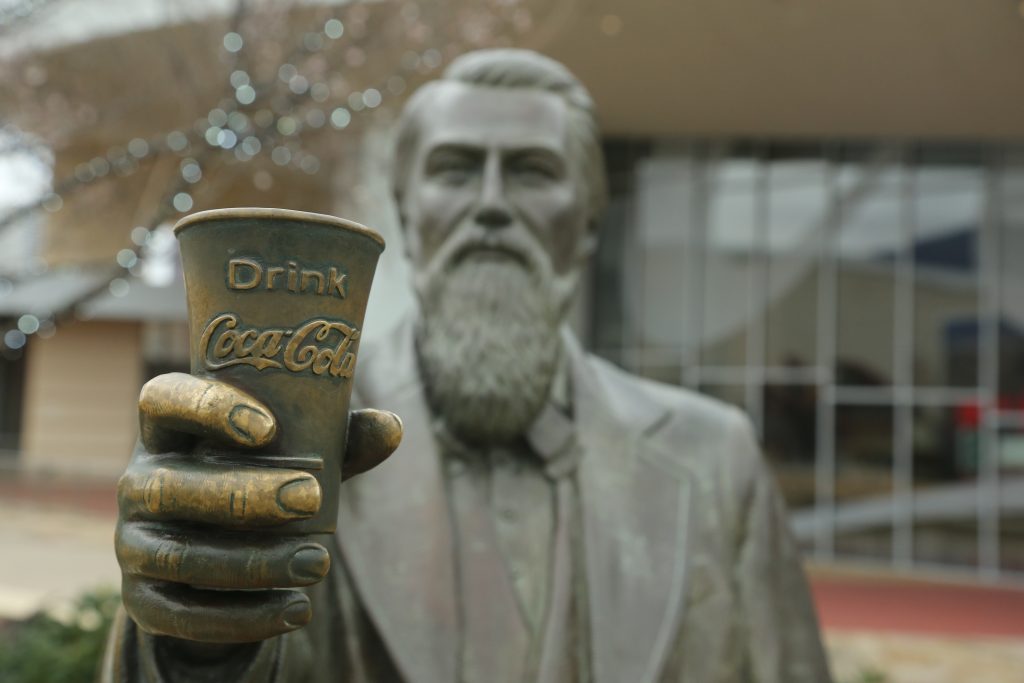 It is the biggest brand in the world, there’s no doubt. But what do we know about them and what feelings does that invoke in us as consumers?

In 1885 John Stith Pemberton produced ‘French Wine Coca’ which was sold as a nerve tonic.

John Pemberton was medically trained in the confederate army. He began work on the tonic after receiving a serious wound in the war, for which he needed to develop a cure.

The original mixture would certainly not be allowed as a soft drink in our supermarkets today, largely due to its cocktail of illegal and questionable ingredients. As well as containing cocaine and alcohol, it also contained damiana (a plant that tackles anxiety and acts an aphrodisiac).

It is important to note these ingredients, because the brand’s success and longevity relied upon its capacity to adapt and change in the face of economic demands.

Prohibition forced John Pemberton to take the alcohol from his tonic. Shortly after, the New York Tribune ran a story that linked cocaine with drug crazed crime across America. The company was threatened with legal action, so removed the cocaine too – which could have spelled disaster, had they not examined the remaining ingredients and re-branded.

Coca Cola was remarketed as the temperance drink that cured headaches, addiction, anxiety and indigestion. It was also known as the brain tonic that did wonders for your sexual libido.

The brand was playing upon something that people wanted and valued. Something that invoked a variety of positive emotions.

They were well ahead of the game, from a marketing perspective. Products and services will come and go, they will always be subject to modification or deletion but the one constant is human emotion. If the consumer starts to connect your brand with an emotion then psychologically when they purchase that brand, they are in effect, stock piling that emotion.

It is the biggest brand in the world, there’s no doubt. But what do we know about them and what feelings does that invoke in us as consumers?

When Apple launched their iPhone X, the sales page for that product was nothing more than a highly emotive list of desirable traits and states of mind. Those elements were linked to the iPhone, in such a way that by the time you got to the bottom of the page you were ready to buy the iPhone and become the type of person you’d always wanted to be.

If I asked people (and I have) what comes bring to mind when they think of Coca Cola, what do you suppose their response would be?

Based on my own research I’m willing to bet, one of your top three answers would be Christmas related.

Before the 1930’s, Santa was normally presented in a green outfit and known as St Nicholas. That is until Coca Cola presented him as a jolly fat man with a big beard and a red suit.

Coca-Cola positioned themselves as something that could be purchased at Christmas AND as part of Christmas itself. 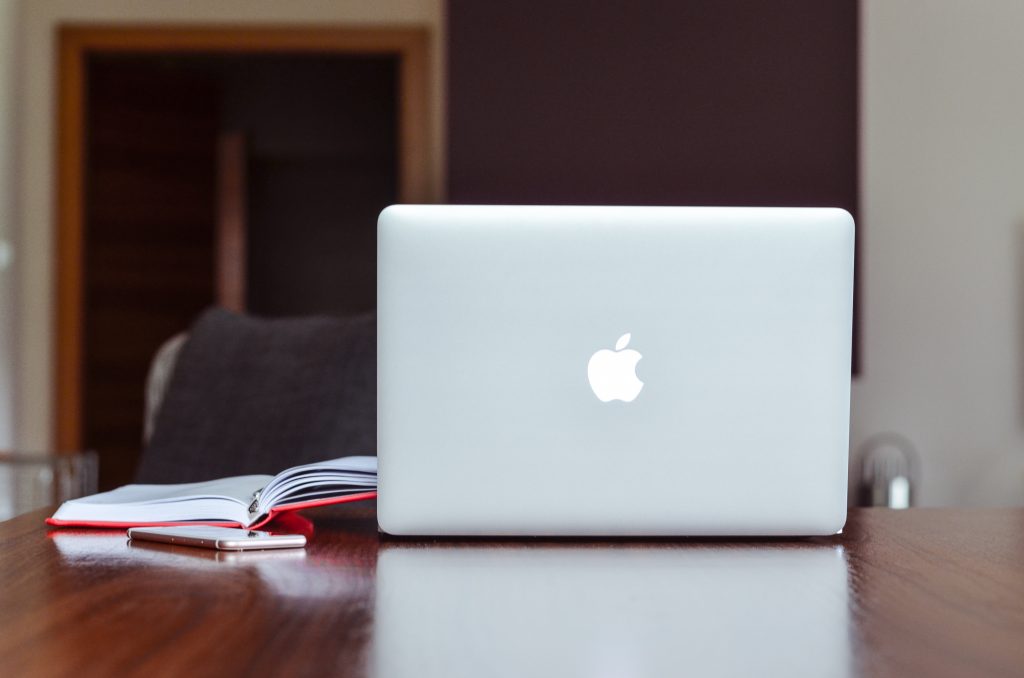 It is the brand and story that has separated them from their competitors. I haven’t gone in-depth to the Apple story here but its just as compelling as the Coca Cola narrative and well worth a read.

Hopefully by now, you are beginning to see the power of story and how much we as humans rely on story to make key life decisions and make sense of the world in which we live. From religious (or scientific) stories of where we come from, to personal family stories and experiences that have shaped who and what we are today.

In the busy market place with so many businesses shouting for the attention of a limited number of consumers it is not necessarily the one with the loudest megaphone (more money) that gets the most attention but the one with most compelling brand (Story).

As consumers, we have too much choice now. So many varieties of what is essentially the same product or service or varying tariffs and per unit fuel prices etc. Things, (I’m sorry to say) that we only practically care about in as much as it will perform the right action properly and be within our price range.

The amount of options out there however does leave us with a degree of wariness when it comes to trying something new, so much so that we will often stay with an energy supplier that charges us too much (better the devil you know).

That is when brand comes into its own. It appeals to our emotional side. It reminds us of those inherently desirable human qualities that we long for in our lives. Reminds us of something else too:

You have too much going on in your life to be overly concerned with the inner workings and complex intricacies of every product you buy. There may be for example, many PC’s out there that are reasonably priced and have spec sheets that simply dwarf the technical capabilities of other computers out there but they will never be able to compete with Apple.

Mac users (for that’s what they call themselves – actually I’m one now) stand as proud as the stereotypical, vocal vegan when they announce over the dinner table that they belong to that elusive club, and it is one that they heartily recommend.

Mac users don’t need to consider every PC choice out there when they upgrade. They only need to select the Mac that best serves their needs.

Now, let’s look at your brand and your competitors.

The list that you produced earlier, dig it out and next to all of the competitors you have listed write their story (without doing any research).

At this stage their story may be nothing more than a few well-chosen words or phrases such as:

Cheap, friendly, geographically well situated for their key demographic, popular among women and children. It could be a logo or a catch phrase.

Some of them may have no story at all. In the case of those companies you are already at an advantage, as they have no real brand image to speak of, and are operating more as a commodity.

Some brands I know nothing about at all historically but will associate them with the experience I have had when I use them, combined with the STORIES I have heard from other consumers.

Costa Coffee is one such example and I will sing stories of their friendly customer service and tasty beverages till the cows come home.

Now, I want you to select five brands that you love and write a few sentences on their story. Consider how you found the brand in the first place and what it was that attracted you to them. What images and emotions are conjured in your mind when you recall the brand?

Compare these stories to those of your competitors.

Finally take a long hard look at your own business.

What is your story?

Once you have this then think about how you can present your story to people in a way that they will find engaging.

I hope you have found this blog useful. If you’d like to be kept up to date on future blogs as well as receive free business tools and giveaways you can sign up to the AWE Networking mailing list below: